An ode to Dickens Village 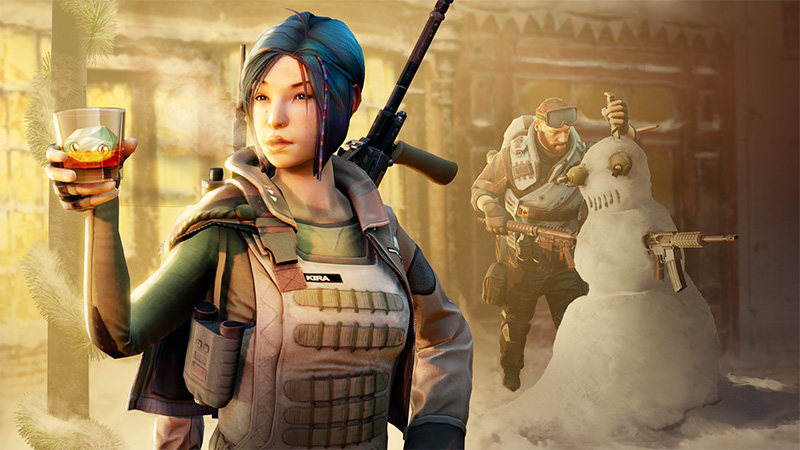 Before the dirty bomb attack,

Commercial Road was right on track

To make a frankly strapping stack

That sprung a 'village' to showcase

A range of products that embraced

From earnest stores that sold his books

To plastic knick-knacks pawned by crooks

The sorry lot was sorely shook

But Dickens Village is still there

Their stories in the Winter's air

Just once a year

'Dickens' themed keychains of popular Internet memes once saw the light of day in Dickens Village. 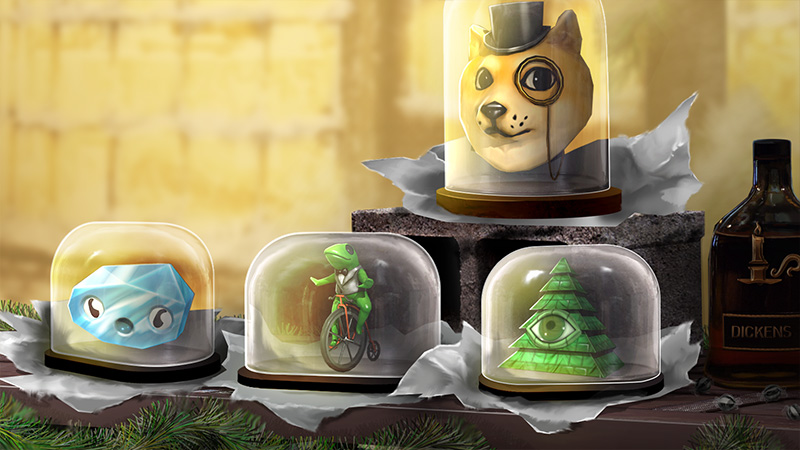 Were the products not up to standard? Or had the target market been misread entirely? We may never know, but most of the stock remains untouched to this day. Their net loss is your gain, however - Discover four Limited Edition Trinkets before January the 11th!

Earn 'Humbugs', a limited time currency, by playing in matches, and use them to unlock Limited Edition Trinkets in the Dickens Shop.

When the event ends, your remaining Humbugs will be converted into Credits at a rate of 1:1. 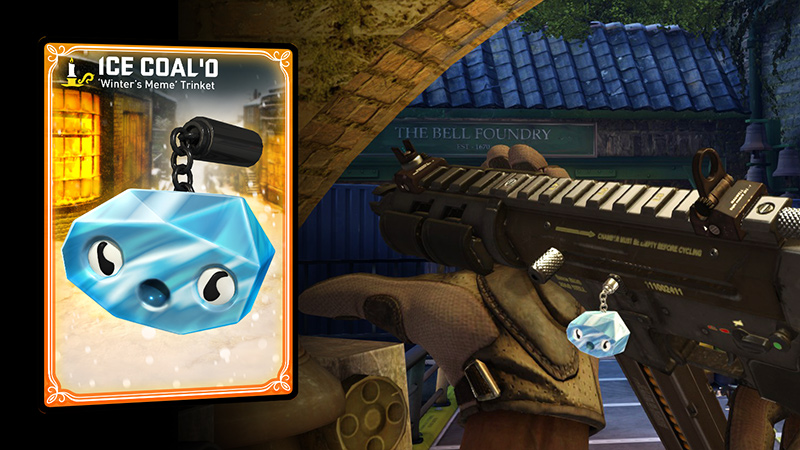 An unlikely hero leapt from the ashes of seismic 2016, spreading chill vibes and cheer. 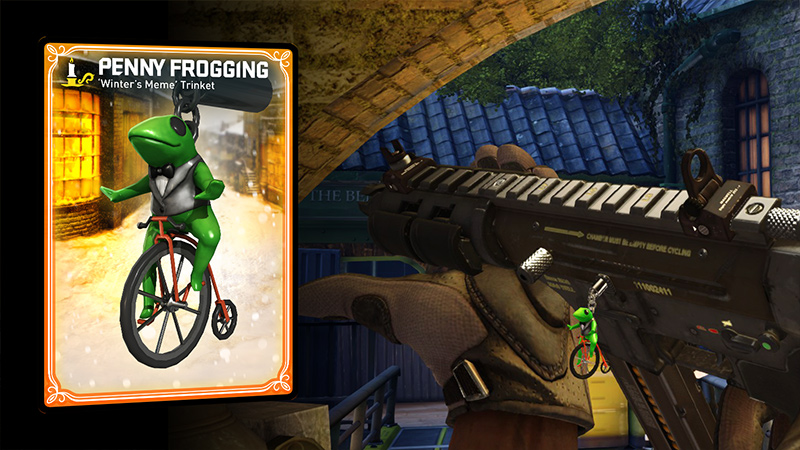 Now he's in a waistcoat.

In a world where privacy is an antiquity, remind yourself of your own stark, naked form, illuminated against the headlights of hidden power. 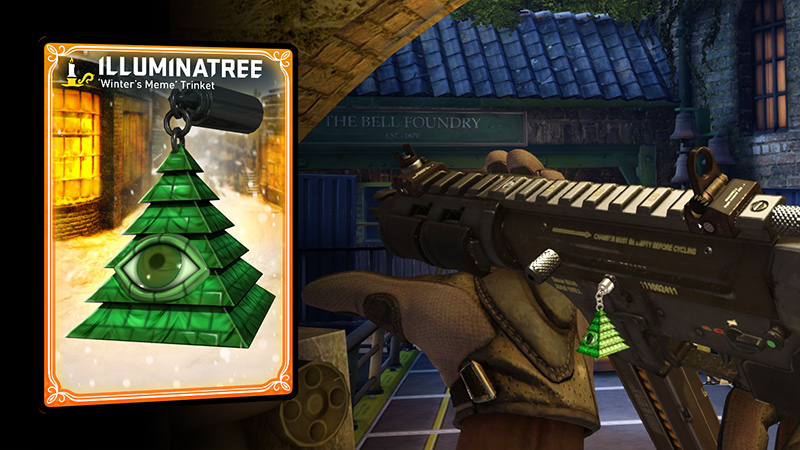 Once you've unlocked the three previous Trinkets, you can nab the Dapper Doge Trinket for free! 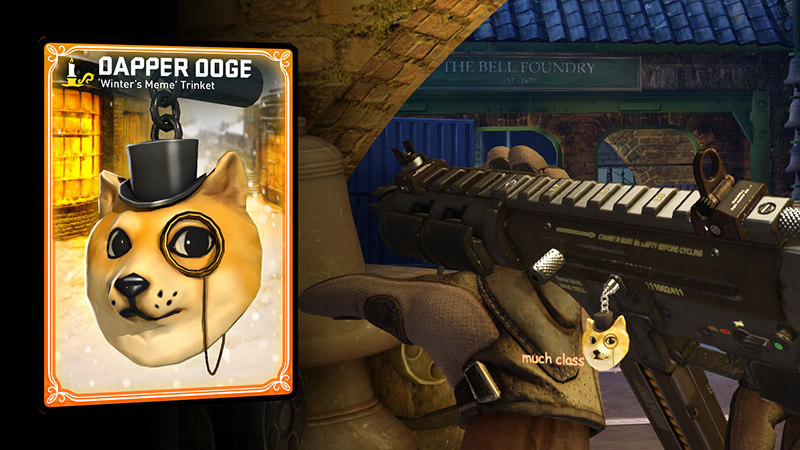 This gormless mutt bursts forth in fleurescent comic sans gimmickry with a yuletide howl when you inspect it. Kills you make with the Dapper Doge equipped are also highlighted in the obituaries for all players. 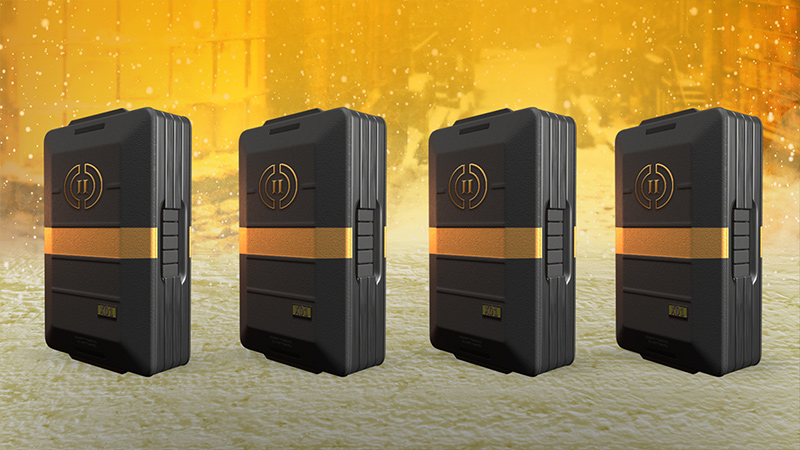 Log in once a day to get a free Golden Equipment Case.

The chances of getting a Gold Loadout Card in one of these babies is more than four times greater than a standard Equipment Case! 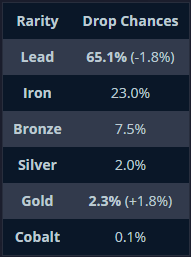 The Winter's Meme event will take place on the following dates:

Private Matches have been tweaked, and have now been re-enabled. Jump in and get scrimming to skill up before the next Ranked Season!