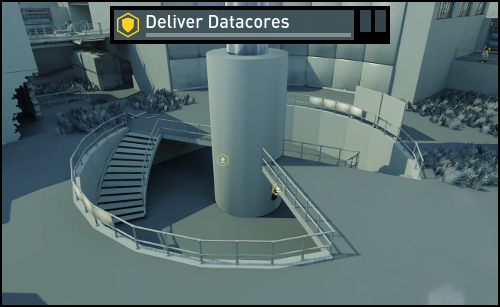 Objective 1 requires the Attackers to carry two Datacores from the helicopter near their spawn to a radar tower. Standing in their way, aside from the opposing team, are two gates that block direct routes to the Objective, and can be opened by blowing up nearby generators. As with other Delivery objectives, players carrying the object cannot use their abilities or weapons without dropping it, although it can be used as an improvised melee weapon if needed. 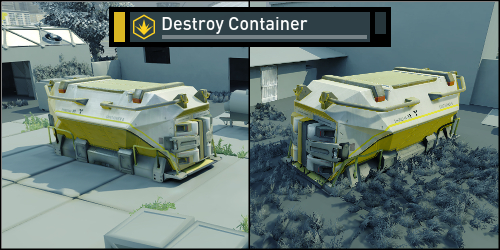 Objective 2 is made up of two bomb sites. The attackers must successfully plant on one of them, with the defenders trying to stop them. Attackers can also open up additional routes through the objective by raising a ramp towards a rooftop, or fixing a forklift to do much the same. Only one of the bomb sites must be destroyed in order to trigger the next objective. 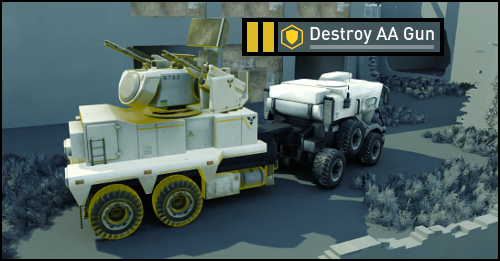 Objective 3 is another Bomb objective, requiring the attackers to plant a bomb on an anti-aircraft gun. There's a few dozen paths through the area, and more can be activated by destroying two doors along the main path. Once the bomb is detonated, the Attackers have won the map.